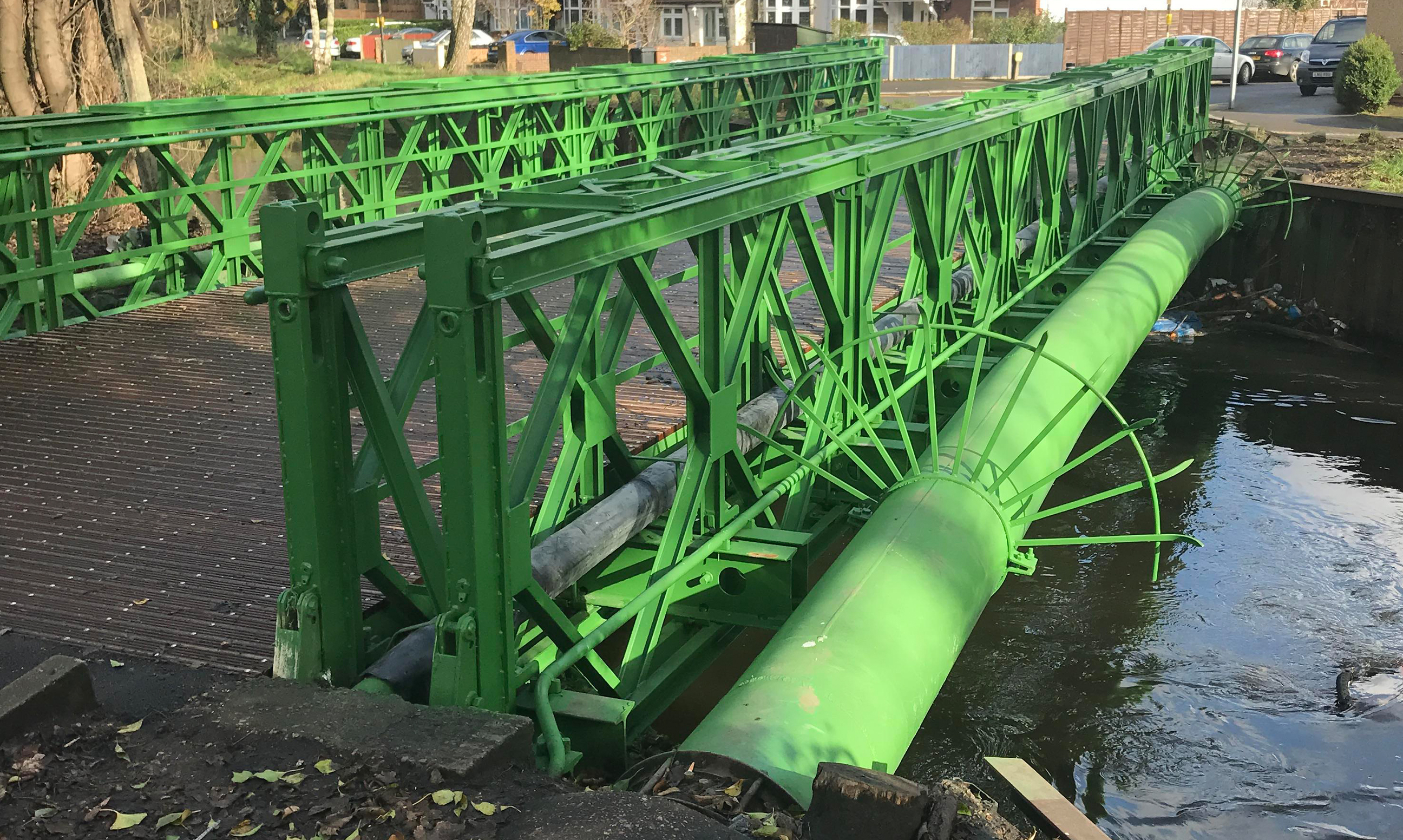 Phipps Bridge is a World War II Bailey Bridge located in South London now open for use for the general public. A Bailey Bridge is a type of portable, pre-fabricated, truss bridge. It was developed by the British during World War II for military use and saw extensive use by British, Canadian and the American military engineering units.

A Bailey bridge had the advantages of requiring no special tools or heavy equipment to assemble. The wood and steel bridge elements were small and light enough to be carried in trucks and lifted into place by hand, without requiring the use of a crane. The bridges were strong enough to carry tanks. Bailey bridges continue to be extensively used in civil engineering construction projects and to provide temporary crossings for foot and vehicle traffic.

The bridge required refurbishing to bring the piece of memorabilia back to life. The original coating was tested for any unsafe toxins and chemicals. The tests revealed that there were toxic lead particles present within the original coating. Intercity Contractors Ltd. is a firm trained in safe lead removal and removed the original coating, ensuring the area is safe to the public, ready for its £150,000 refurbishment.

The refurbishment consisted of the previously stated original coating removal via shotblasting the structure, preparation of the steelwork back to Sa2.5 standard, application of a C3 paint system with a longevity of 15 years to first maintenance. This historic piece of British engineering is now accessible to the general public thanks to Intercity Contractors Ltd. and Merton Borough Council. 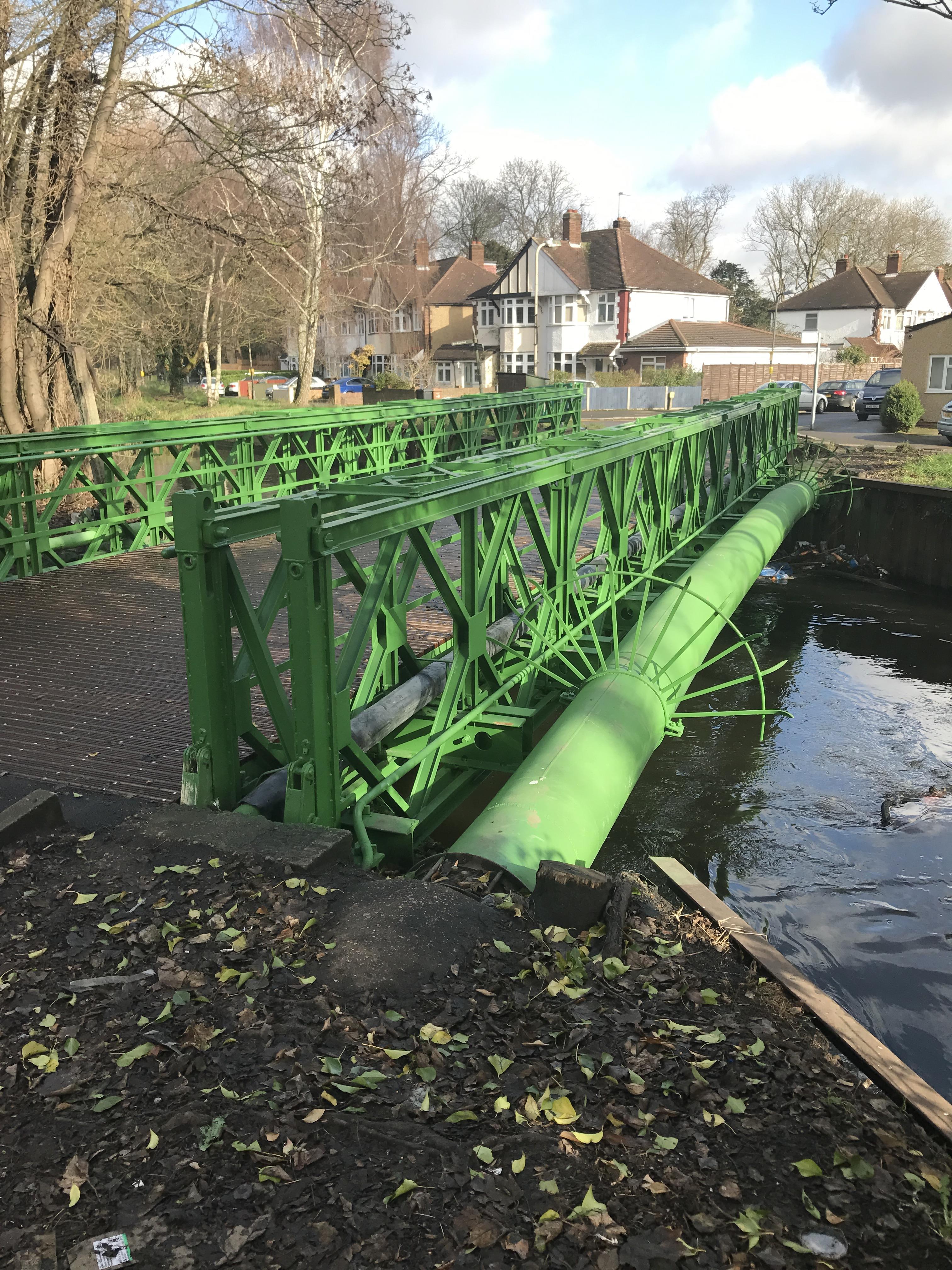 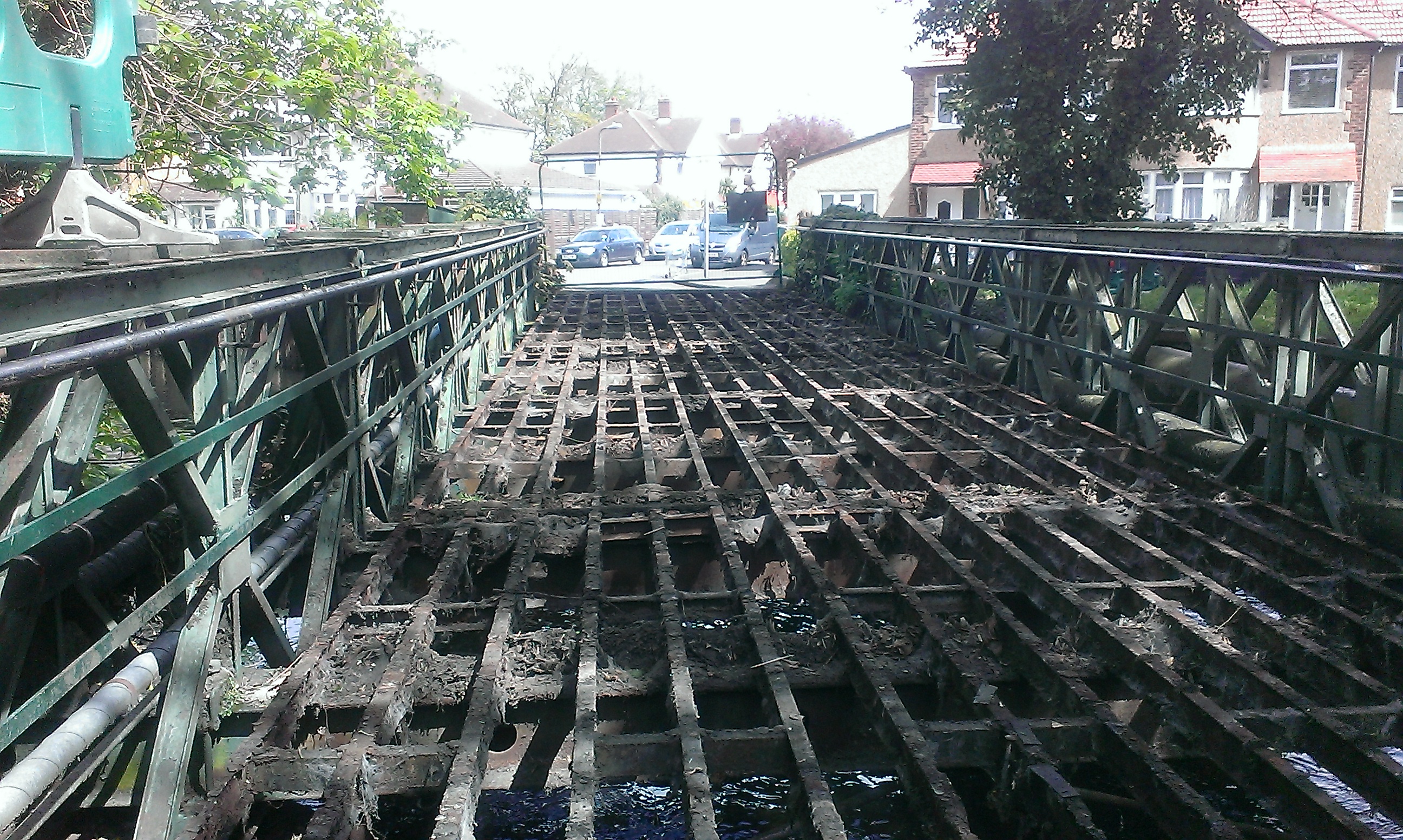 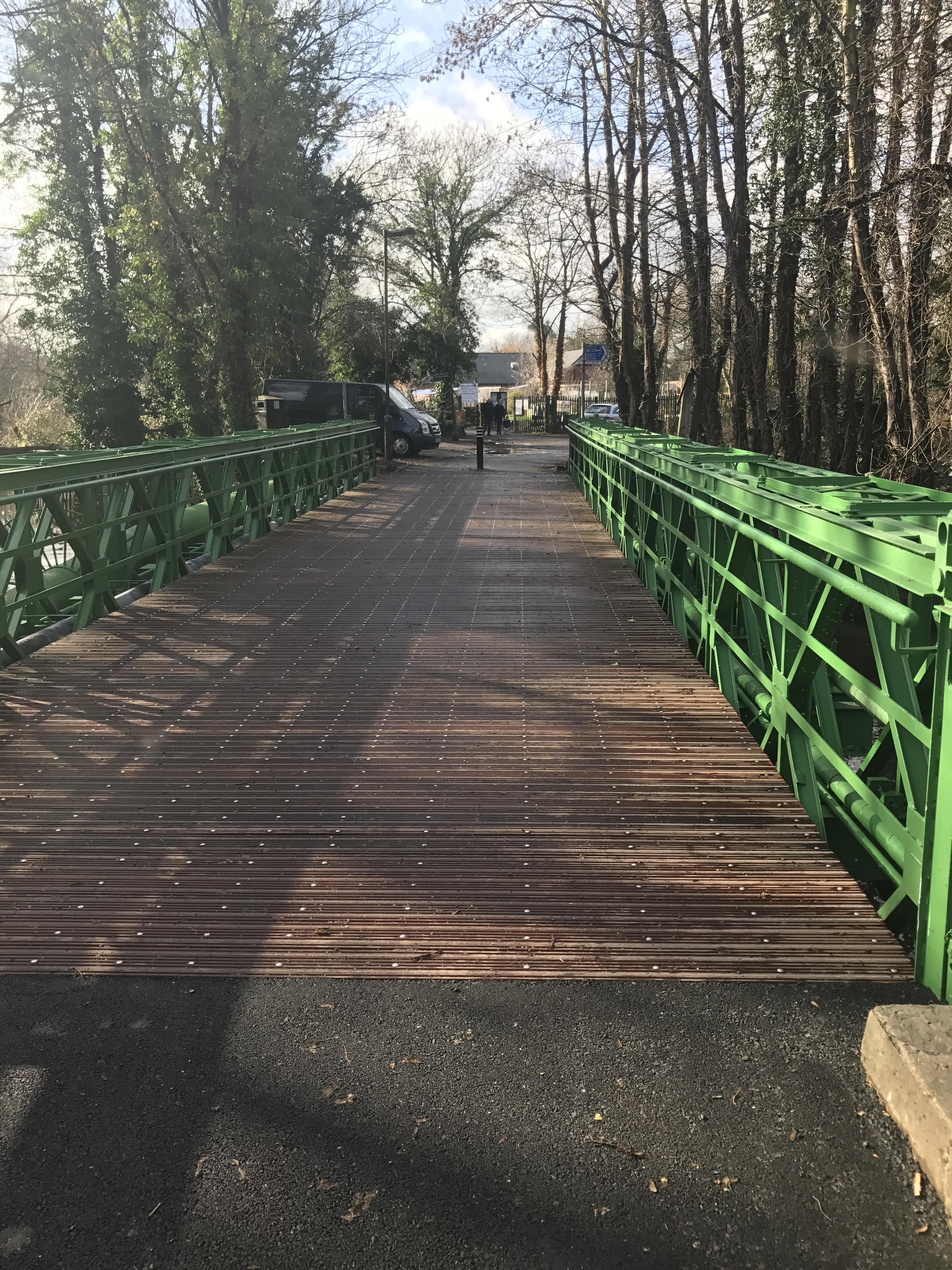 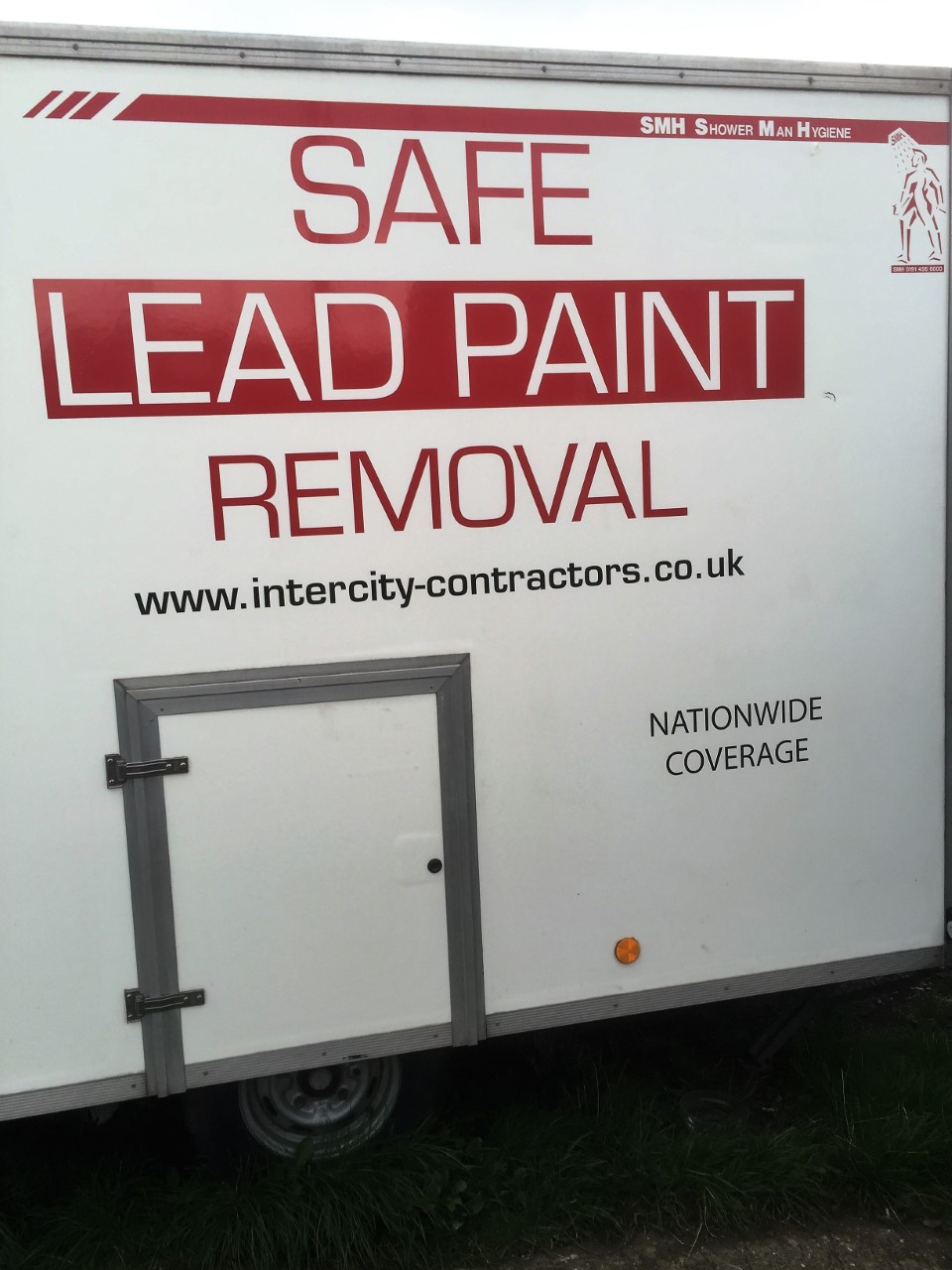 For more information call us free